The PSU Center for Partido Studies, Museo de Isarog, and School of Graduate Studies once again teamed up to sponsor a much-needed discourse last October 21, 2021, via Zoom. The lectures and discussions were about the earthquake swarm that occurred in the locality starting October 14, 2021, which continued even at the present time. 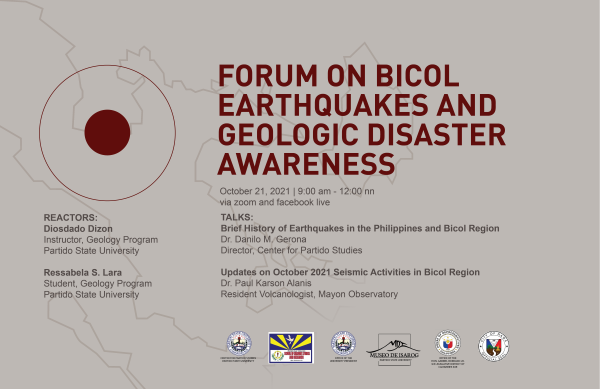 Hydrometeorological and geologic hazards are part and parcel of the life of Bicolanos since the region lies along with typhoons and earthquake belts. But for the past decades or so, it is quite uncommon to experience week-long ground movements and shaking. Confusion arises when there is a lack of awareness of what is happening underground and what to expect next, especially when the prominence and proximity of volcanoes like Isarog, Iriga, Mayon, and Bulusan conjure a possible connection to the recent movements of the land. Unreasonable fears escalate when apocalyptic fake news circulate and are not given rational, data-driven explanations. 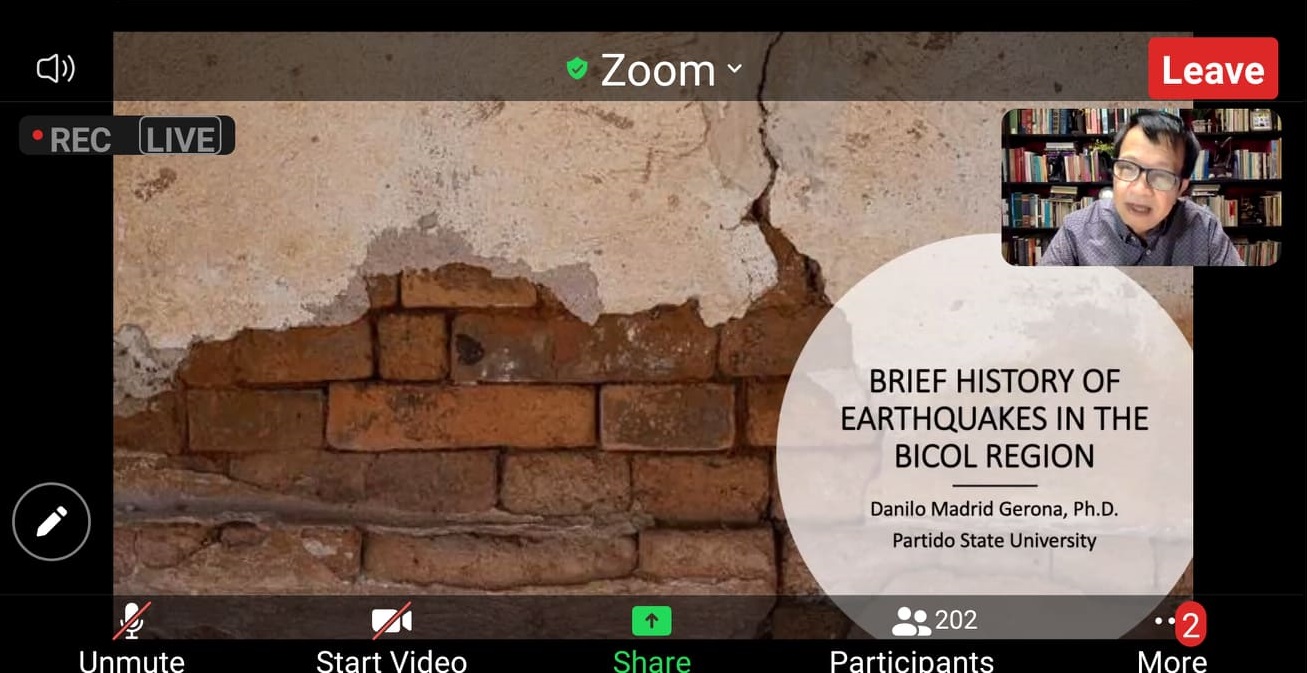 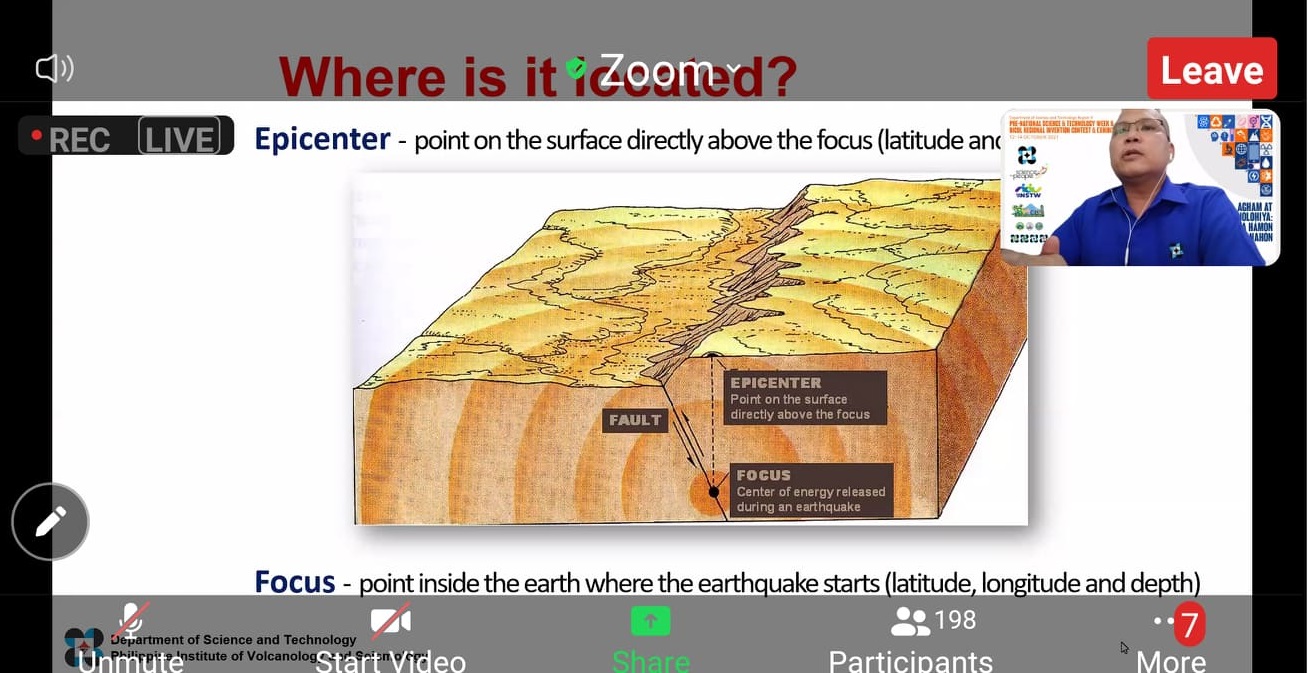 The forum was opened by messages from Congressman Gabriel Bordado, Jr., Mayor Nelson Legacion of Naga City, and PSU Vice-President for Academic Affairs Dr, Erlinda Basilla. The Rationale of the Activity was presented by PSU Graduate School Dean Dr. Bernadette Gumba. The first lecture was on the "Brief History of Earthquakes in the Philippines and Bicol Region" by Dr. Danilo Gerona, Director of the Center for Partido Studies. It was followed by the main lecture about "Updates on October 2021 Seismic Activities in the Bicol Region" by Geology expert Dr. Paul Karlson Alanis, Resident Volcanologist of the Mayon Observatory. The panel of reactors was composed of Dr. Diosdado Dizon, Faculty of the PSU Geology Program, and Ms. Ressabela Lara, PSU Geology Student. The forum was closed by the PSU President Dr. Raul Bradecina. 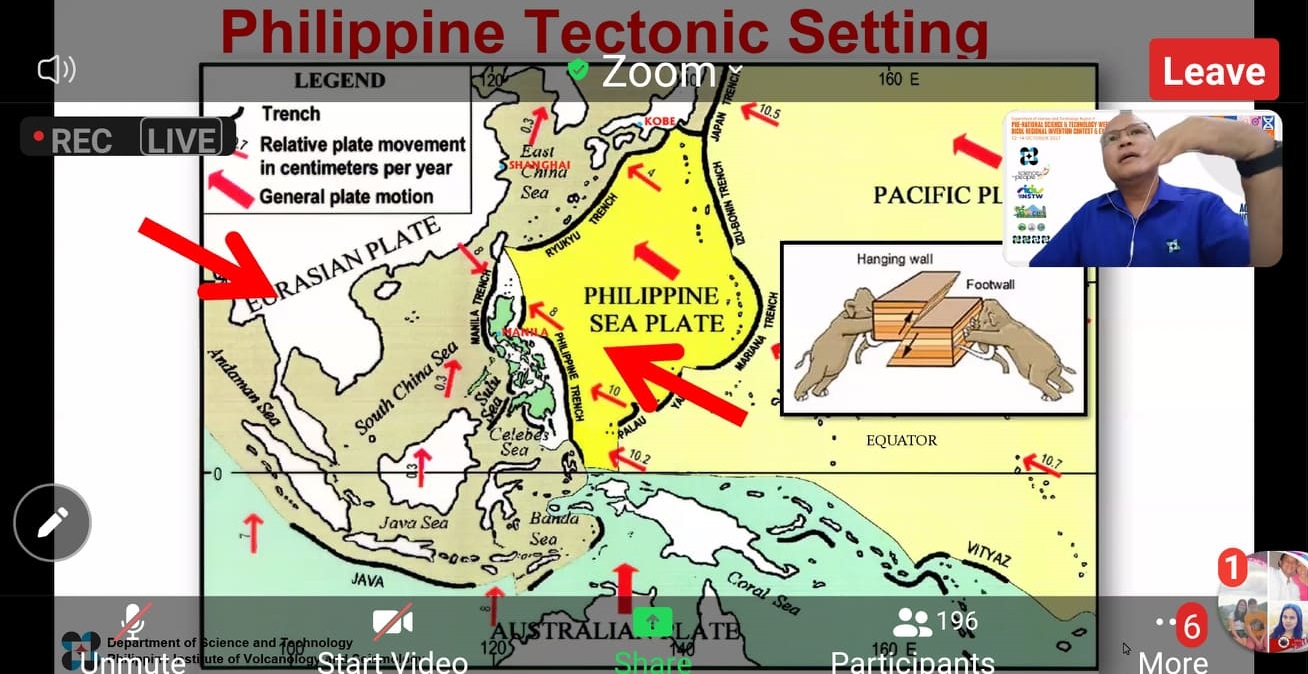 The event was co-sponsored by the Office of the Hon. Gabriel Bordado, Jr., 3rd Legislative District of Camarines Sur, and the Office of Mayor Nelson Legacion of the Local Government Unit of Naga.